Experimentation with sustainable economies is at the heart of documenta fifteen.

The various working groups are ways of sharing knowledge and building a long-term lumbung of collective resources. Like this, the ideas and actions that emerged before and during the exhibition in Kassel can be continued, linked, and translated to other contexts.

From wider discussions in a working group called lumbung Economy, several other working groups have emerged. Each of these develops a specific practice: From the concept for a slow trade and regenerative store, to community currencies, to a gallery that works with non speculative pricing and benefit for the community, these working groups are: lumbung Kios, lumbung Gallery, lumbung Currency, and lumbung Land.

Land is one of the most fundamental approaches to the lumbung Economy. It is a space where a community has agency, can govern resources collectively and build a lumbung value based economy and independent artistic practice. Many lumbung members and lumbung artists are, however, confronted with issues such as land grabbing, climate injustice, or lack of resources to acquire land, which harms their sustainability and their autonomous artistic practices. Others work with land that is restituted and questions of how to recreate collective imaginary around land.
­
Looking into holistic models for land to be cultivated, collectively owned, or to thrive from human and non-human perspectives, the working group lumbung Land experiments with land development models combining culture, agriculture, and ecology. Also, they are developing ways to collectively “invest” in specific land development projects by members. The group defines the return and the value that come from the land. Next to the land investment group in 2021, a discursive working group lumbung Land, emerged from discussions.

Land, soil, collective governance, memory of lost or regained land, and (urban) gardening are common themes in many artistic works shown at documenta fifteen. The projects discuss how cultural production can help re-imagine the relationship to land: How can experimentations contribute to develop new utopias which deconstruct those imagined by modernists? Could indigenous poetry, imagery, and songs be the key to an imaginary around land that is non extractivist and builds on the agency of the humans and non-humans living on the land?

The working group lumbung Land continues to work after the end of the duration of documenta fifteen. The members meet in South Africa in November 2022 during a post documenta event organized by lumbung artist MADEYOULOOK to harvest the learnings during documenta fifteen and lay out the collaborations for the coming years. lumbung member Jatiwangi art Factory is organizing New Rural Agenda activities in September 2022 in Central Java, while INLAND is harvesting from the land it owns in the North of Spain.

Some specific examples of artistic projects on land in documenta fifteen are: 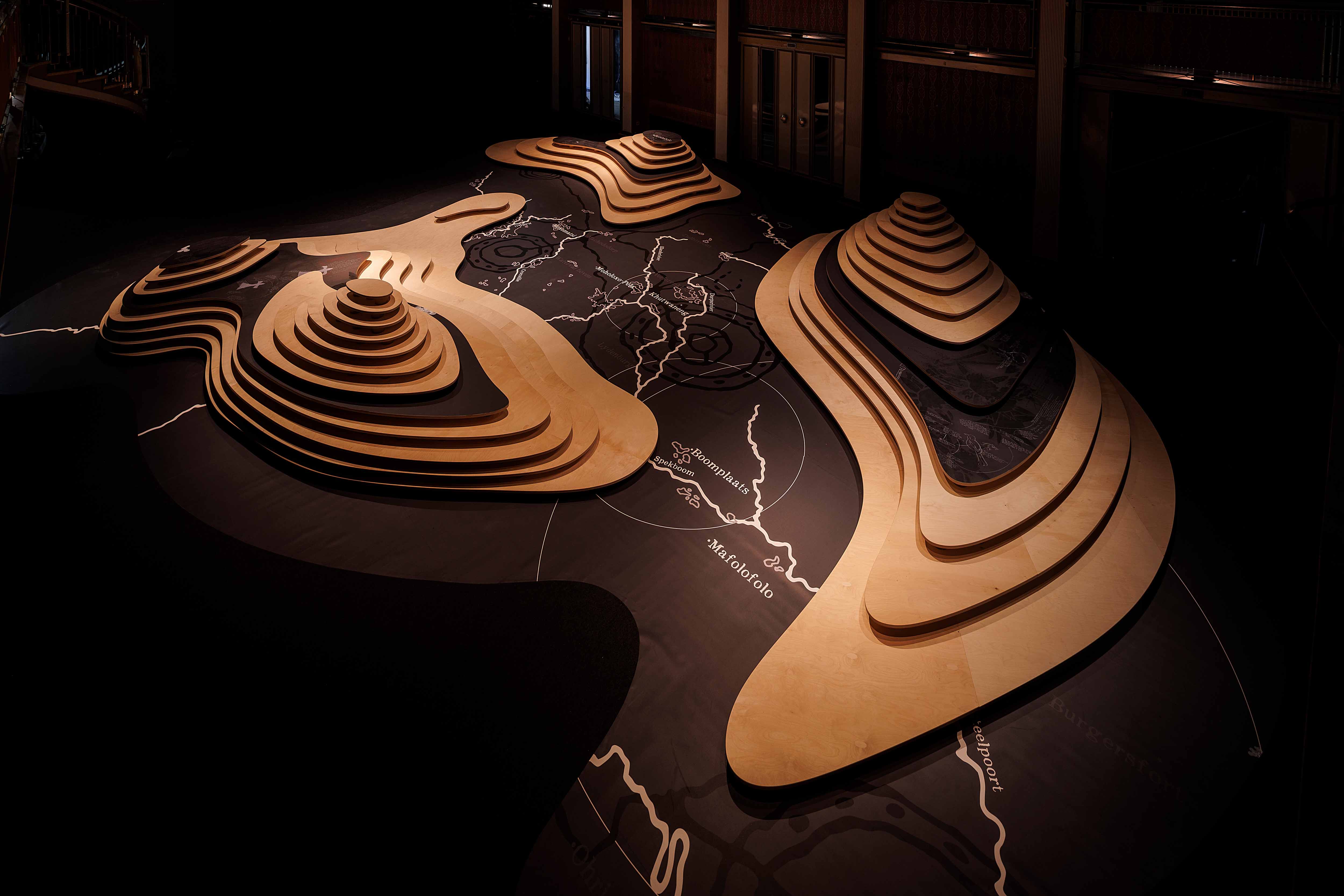 lumbung artist MADEYOULOOK’s work for documenta fifteen emerges from several years of research on contemporary urgencies on land in South Africa and elsewhere. The collective’s contribution is twofold: first, MADEYOULOOK seeks to connect the work of their community of growers, farmers, and land practitioners from around the world to the ekosistem in Kassel through a series of discursive events: film screenings, listening sessions, and small-scale discussions referred to as garden talks. Second, through an 8-channel sound work and a floor installation at Hotel Hessenland, the collective considers questions of spiritual security and repair as they relate to land, as well as the deep and enduring relationships with the land that remain, despite the longue durée of South Africa’s turbulent and destabilising existence. 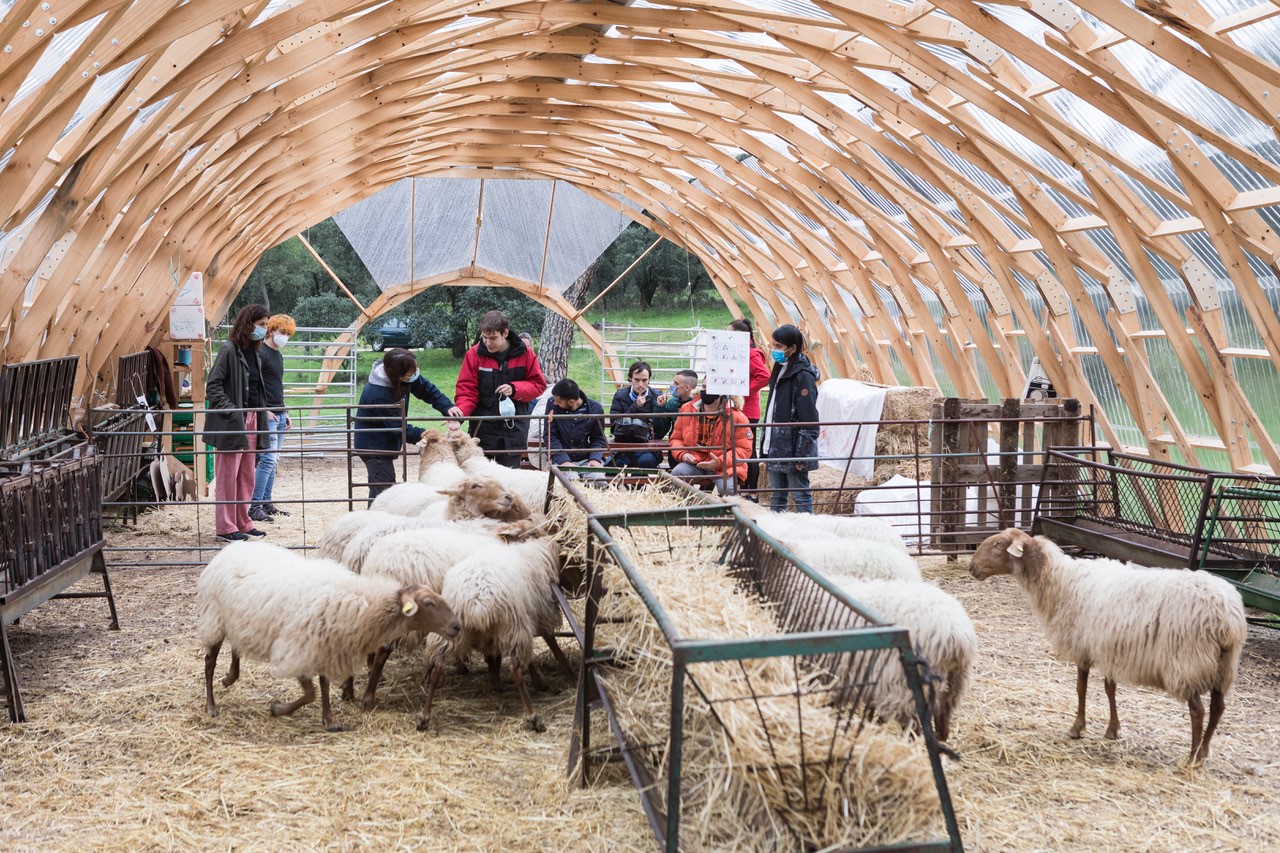 For INLAND, a relation with land is not speculative or conceptual. It involves honoring ancestors and all other beings. By cultivating and caring, the collective seeks to develop productive projects that allow for Food Sovereignty in alliance with the Indigenous and peasant global movements.

For the working group, lumbung member INLAND proposes various actions: Counseling a series of upcoming land-based art projects in different parts of the world, from Palestine to Northern Sweden; intervening in a piece of forest that is currently an Eucalyptus monoculture, and designing its transition to a biodiverse, agro-silvo-pastoralist ecosystem as a part of the Shepherds School (started in 2004); recovering an abandoned village in Spain with the aim to function as learning experience and space for other lumbung members. A series of podcasts and a publication are being developed as well. 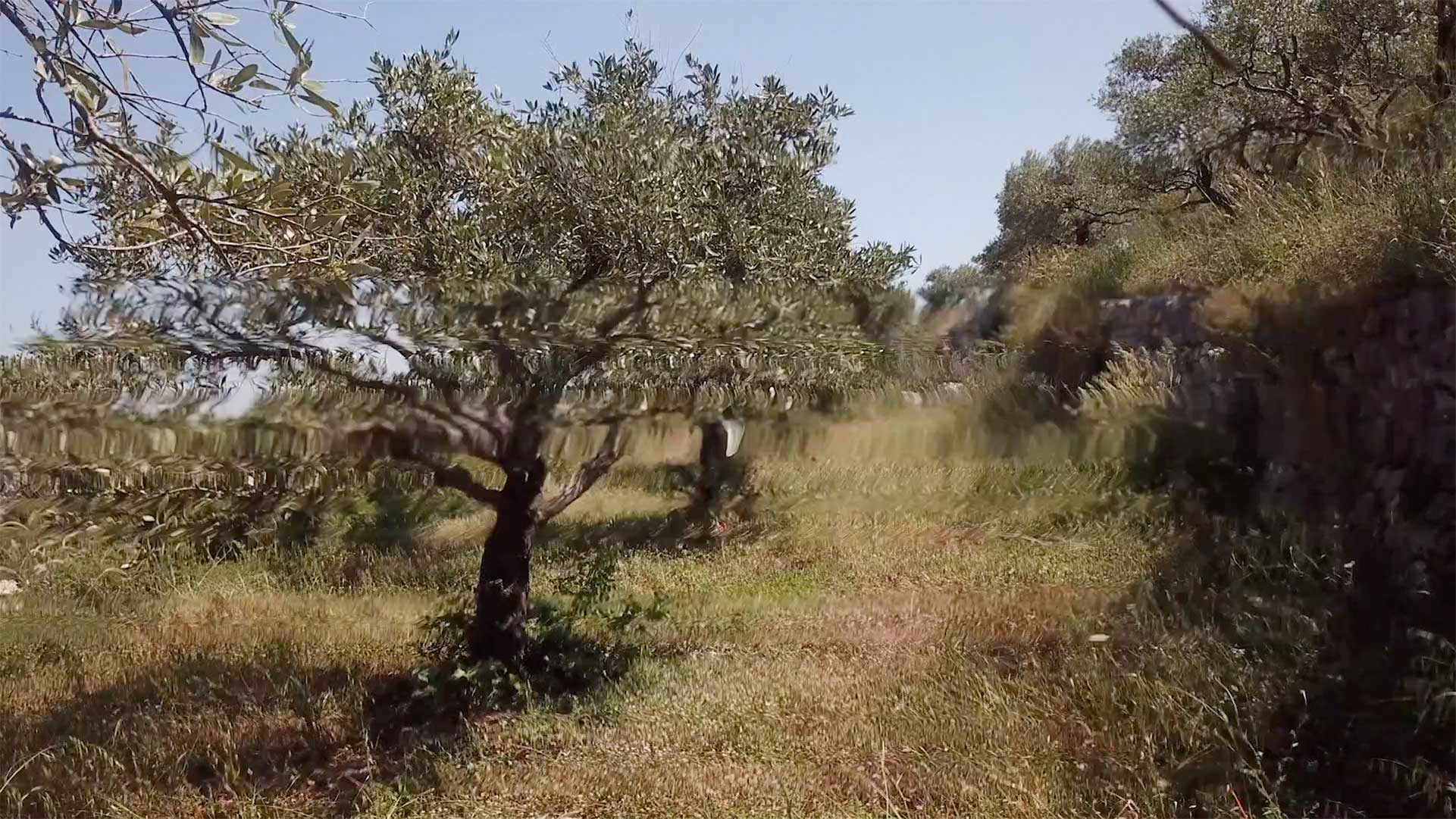 In the latest of her ongoing film series Who is Afraid of Ideology (since 2017), which is shown during documenta fifteen lumbung artist Marwa Arsanios tackles the question of the history of property in the Ottoman territory from legal, economic, and political perspectives. It delves into a research process with the participation of a lawyer, a historian, a philosopher, farmers, and a scientist in order to think through the possibility of de-privatizing a plot of land. The materialist and new materialist approach to land, as well as the historical perspective will help build the juridical argument towards de-privatization. With her film she aims at building a sort of manual that could be eventually used legally. Through this process, together with the participants of the film, Arsanios tries to build a model for the relation to land that goes beyond ownership, referring to a moment that precedes the colonial institutionalization of the private property regime.

lumbung member Jatiwangi art Factory explores to what extent it is possible to redefine the rural as a concept that becomes an entry point for discussing a common future. With this mission, the collective has developed the New Rural Agenda—a transnational summit among rural community networks. 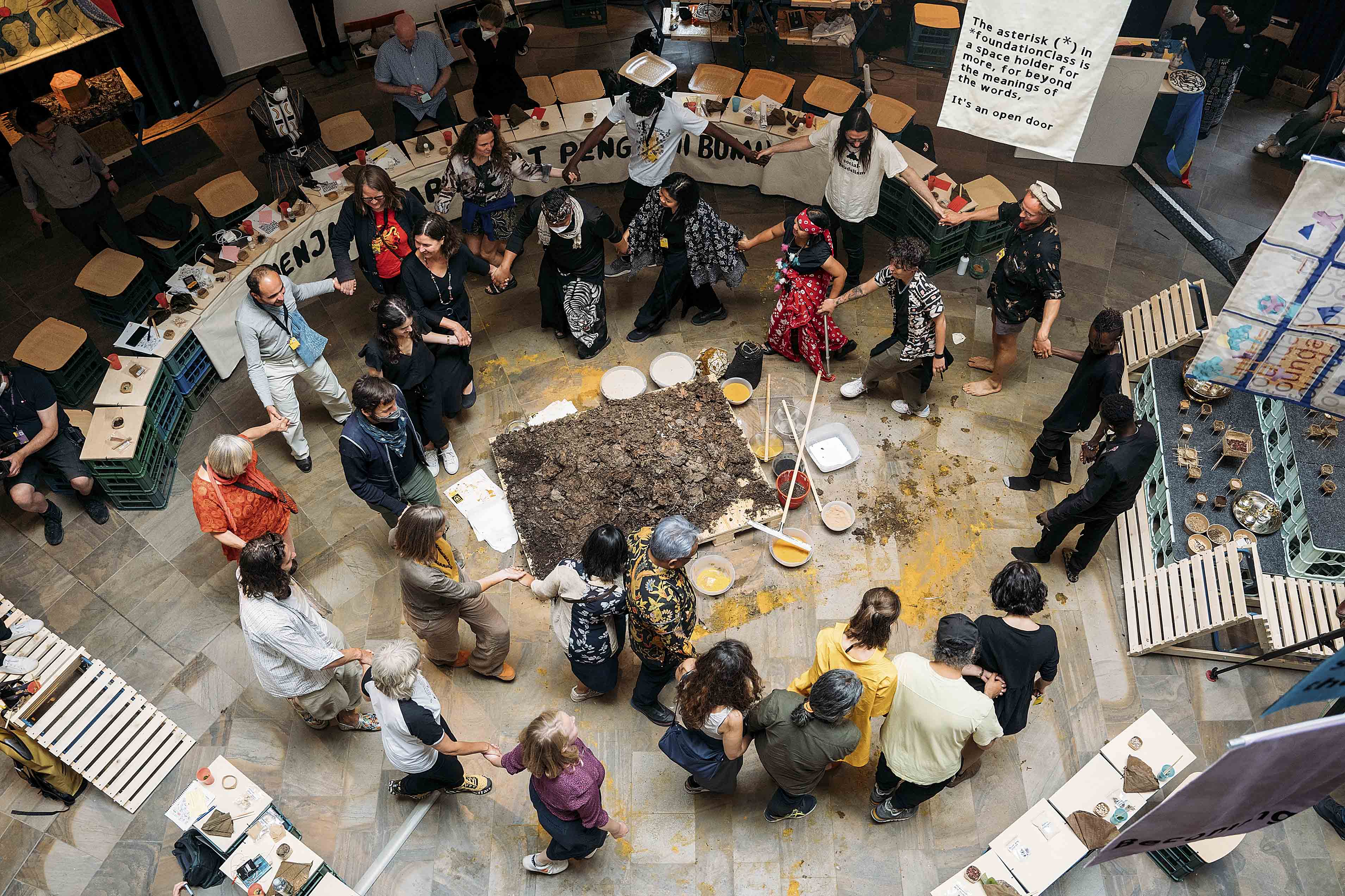 The summit is preceded by the New Rural School, a series of knowledge and narrative exchanges in the form conferences, amateur radio talks, urun posters and the Bulletin Rural School. It emphasizes diverse perspectives from below and peripheries, challenging uniform ideas of progress and sustainability.

New Rural Agenda’s summit was held in Kassel on June 21, 2022 during documenta fifteen where the stakeholders convened and produced Piagam Martabat Penghuni Bumi—the Earth Inhabitants’ Charter of Dignities. Perhutana (short for Indonesian Perusahaan Hutan Tanaraya which means Tanaraya Forest Company) is part of the New Rural Agenda. The project aims to reclaim land in order to grow a Sacred Forest. Everyone who is interested, can buy a land lot of 4 m x 4 m which will be a part of the forest. In return stakeholders receive a certificate, made of soil brick. Additionally, buyers get a NFT certificate which they convert into currency. After each land lot is sold and planted, the Ministry of Forest registers Perhutana as an Indigenous forest for those who live in the region. 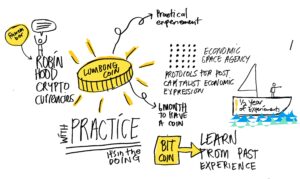 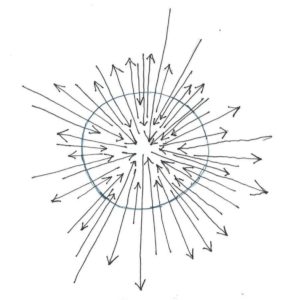 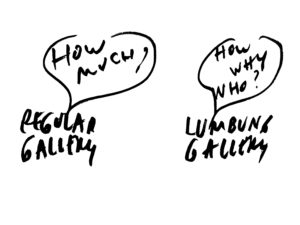 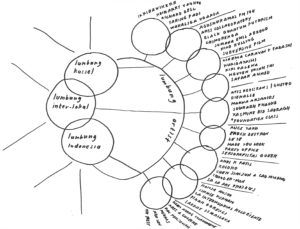 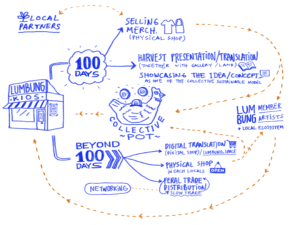 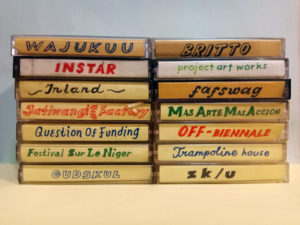 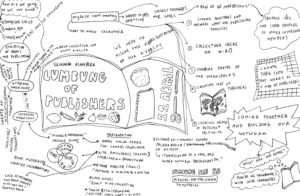 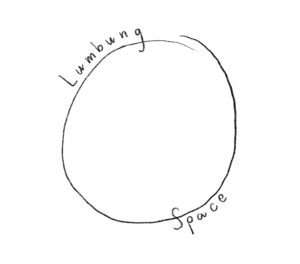