ruangrupa: “We want to create a globally oriented, collaborative and interdisciplinary art and culture platform that will remain effective beyond the 100 days of documenta fifteen. Our curatorial approach strives for a different kind of collaborative model of resource use — in economic terms but also with regard to ideas, knowledge, programs and innovations.“

documenta fifteen will take place from June 18 until September 25, 2022 in Kassel.

ruangrupa has based documenta fifteen upon the values and ideas of lumbung. lumbung, which directly translates as “rice barn”, refers to a communal building in rural Indonesia where a community’s harvest is gathered, stored and distributed according to jointly determined criteria as a pooled resource for the future. As a concrete practice, lumbung is the starting point of documenta fifteen: principles of collectivity, resource building and equitable distribution are pivotal to the curatorial work and impact the entire process — the structure, self-image and appearance of documenta fifteen.

The collective’s way of working is based on an alternative, community-oriented model of sustainability in ecological, social and economic terms, in which resources, ideas or knowledge are shared, as well as social participation. The idea of sustainability is also comprehensively considered in the exhibition planning in all its manifestations.

ruangrupa is a collective founded in 2000 and based in Jakarta, Indonesia. As a non-profit organization, ruangrupa promotes artistic ideas within urban and cultural contexts through the involvement of artists and other disciplines such as the social sciences, politics, technology or the media so as to open up critical reflections and perspectives on contemporary urban problems in Indonesia. 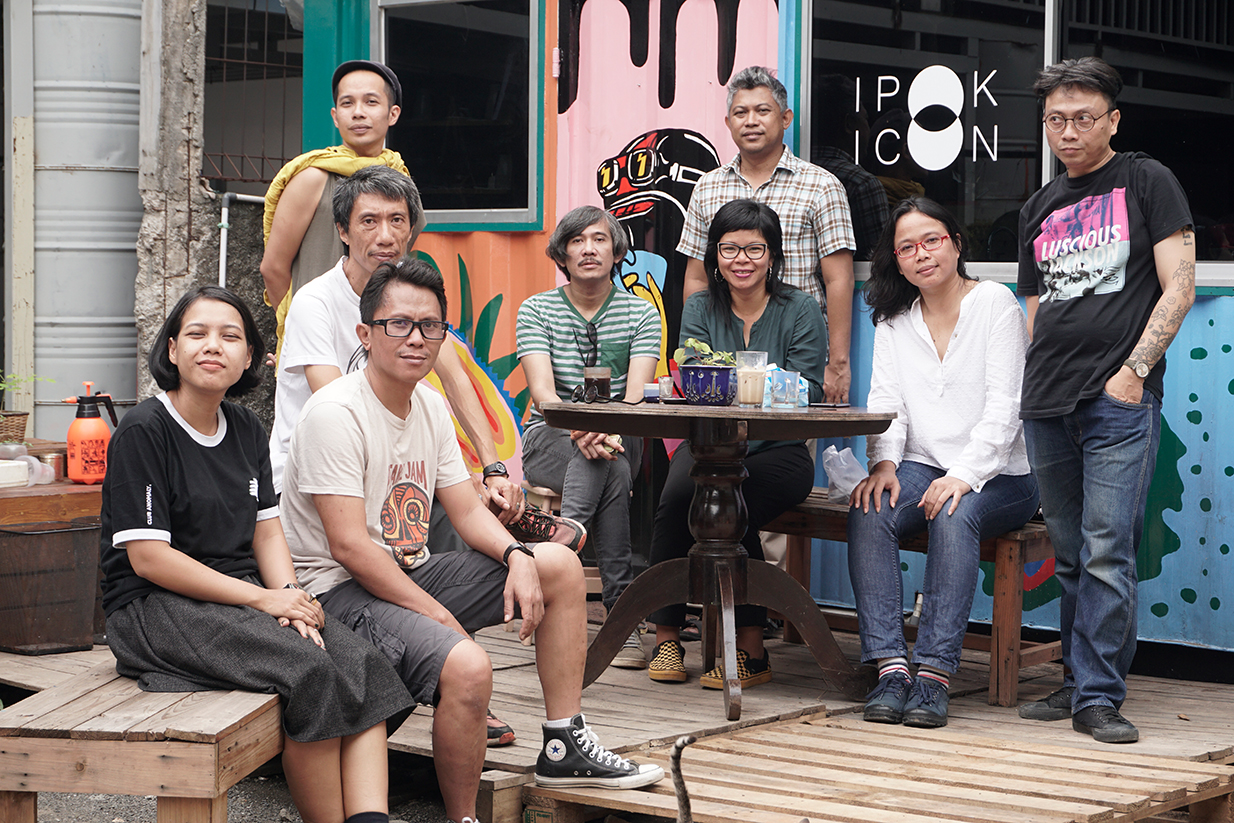 The Indonesian word “ruangrupa” loosely translates as “art space” or “spatial form”. ruangrupa also organizes community art projects such as exhibitions, festivals, art labs, workshops, research projects, and produces books, magazines and online publications. ruangrupa’s work is based on a holistic social, spatial and personal practice that is strongly rooted in Indonesian culture, where friendship, solidarity and community are of central importance.

ruangrupa runs an art space in the south of Jakarta. The collective has participated in numerous collaborative projects and exhibitions, including the Gwangju Biennial (2002 and 2018), Istanbul Biennial (2005), Asia Pacific Triennial of Contemporary Art (Brisbane, 2012), Singapore Biennial (2011), São Paulo Biennial (2014), Aichi Triennial (Nagoya, 2016) and Cosmopolis at the Centre Pompidou (Paris, 2017). 2016 saw ruangrupa curate transACTION: Sonsbeek 2016 in Arnhem, the Netherlands. In 2018, the collective (together with Serrum and Grafis Huru Hara, two other Jakarta-based collectives) founded GUDSKUL, an education and networking project for creatives based on collaborative work. At documenta 14, ruangrupa was involved with its Internet radio as a partner in the decentralized radio project Every Time an Ear di Soun, which connected eight radio stations worldwide.

ruangrupa was unanimously selected by the international documenta commission as the artistic director of documenta fifteen and appointed by the supervisory board. The Finding Committee justifies its decision in favor of ruangrupa, among other things, with the collective’s participatory approach: “At a time when innovative power emanates in particular from independent, collaborative organizations, it seems logical to offer this collective approach a platform in the form of documenta.” 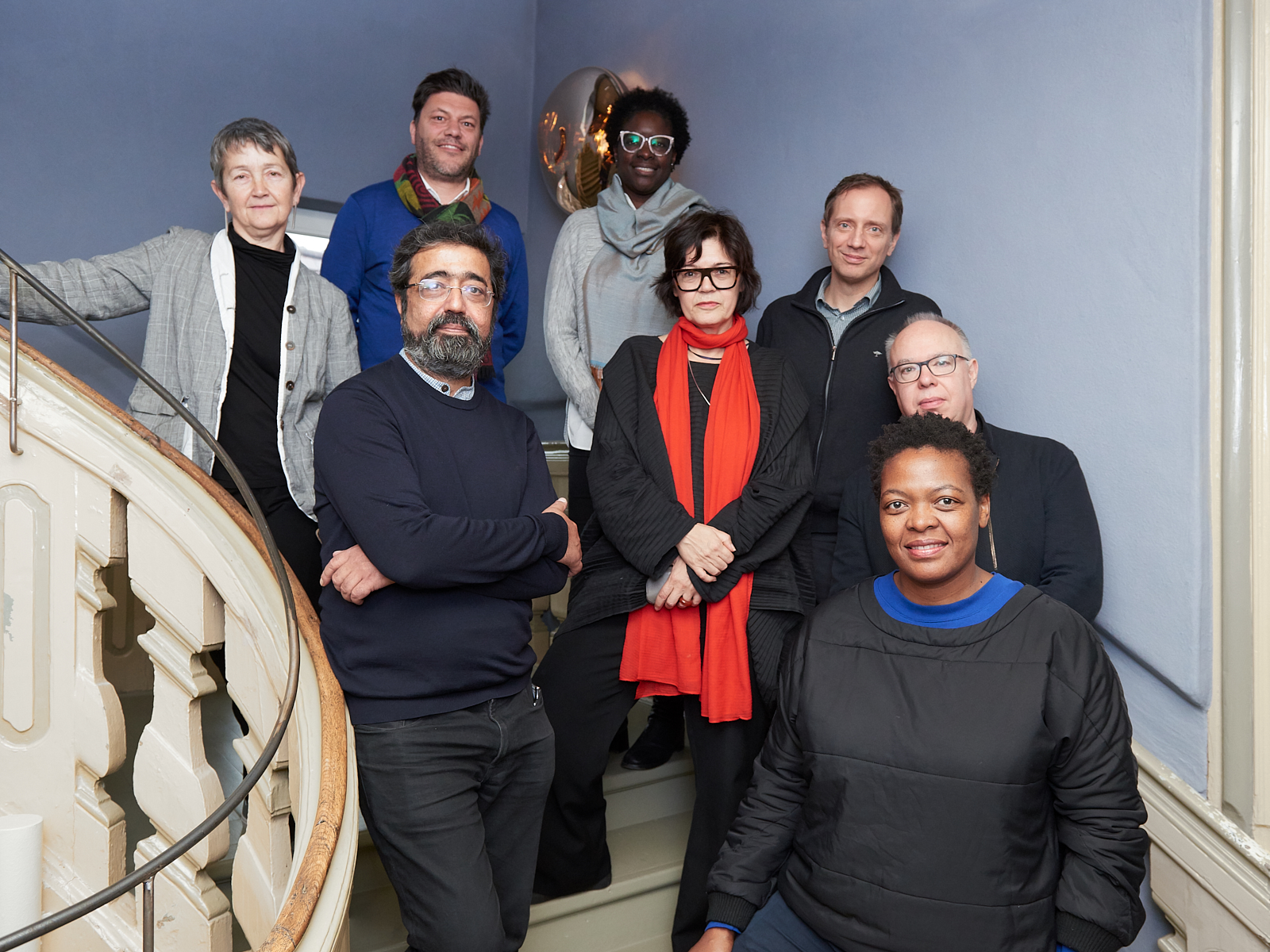 All documenta fifteen exhibition venues at a glance