Serigrafistas queer (queer silk screen printers) is a non-group. Since 2007 they have been holding meetings every year, where slogans are discussed, and meshes and stencils are assembled to make prints for the LGBTTTIQ+ Pride parades and feminist protest that take place in different cities in Argentina every year.

Starting in 2013, Serigrafistas queer have been building the Archivo Serigrafistas Queer (ASK) in the Boedo neighborhood of Buenos Aires, where meshes and slogans are openly available and thus lose, in their own use, any indication of ownership. “Silk screening is not just printing, it is also finding ourselves. By being so many and so elusive, they can’t even name us,” Serigrafistas queer say about their practice.

From 2017, Serigrafistas queer have been carrying out workshops for organizations, collectives, and groups. The workshops move silk-screening away from its status as technique or from printing as the final aim, and instead concentrate on everything that happens in the process: collaborations, sharing, carrying out specific tasks, the ideas that generate new projects. In this sense, silk-screening is a platform for posters, T-shirts, editions, flags, and other media, as well as contexts and alliances. Student groups, political and social organizations, university departments, and recently formed assemblies have participated in the workshops.

At the end of 2019, Serigrafistas queer launched their first publishing project, Papel Cuis, with the poetry collection Me quedé en Karina (I Stayed in Karina) by Karina Pintarelli.

The Question of Funding 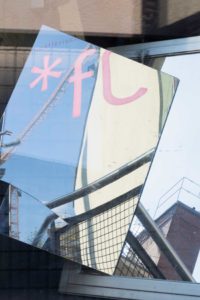