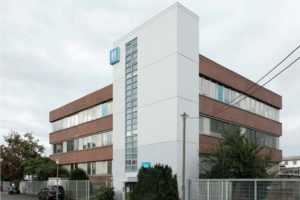 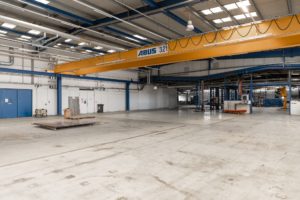 A central site in the Kassel district of Bettenhausen, which is being used by documenta for the first time this year, is the area that the Hübner company—a major manufacturer of parts for buses and trains—only recently vacated. The company’s move left space for a collaborative exhibition, in which the works influence one another.

Fondation Festival sur le Niger, from Mali, which has initiated a world-famous festival in its homeland and explores hospitality and other central traditions of Malian culture, brings processions, concerts, theater, film, and (other) contemporary art to the areal. BOLOHO from Guangzhou, China, is shooting and streaming a sitcom in the cafeteria. Trampoline House, which advocates for migrants’ rights in Copenhagen, Denmark, is symbolically bringing its project to Kassel in the form of a Brechtian chalk circle to present a public program that questions the Danish asylum system.

Amol K Patil, from Mumbai, India, is creating an installation from, among other things, a stage with kinetic sand, performers who skate for 100 days, a hologram, a screening, and several objects. Hamja Ahsan’s Halal Fried Chicken shop signs are visible in this as well as seven other venues of documenta fifteen, mapping aspects of Islamic history, diasporic urban fast-food subcultures, and colonial past. Additionally, the Jatiwangi art Factory is presenting installations of roof tiles and bricks. This joint project by the Indonesian collective is also enlivening the exhibition hall with musical performances and performative events, including a coffee tasting, conferences, and discussions.

Sebastián Díaz Morales and Simon Danang Anggoro collaborate to produce their own artistic work, which can be seen as harvest. nongkrong, humour, improvisation, solidarity, friendship, and generosity are some of the key elements driving the scripts of the films they have made on ruangrupa’s practice for documenta fifteen.

Access:
The entrance is accessible without barriers; an elevator (110 x 140 cm) is available. The width of the door (90 cm) must be taken into account. All exhibition areas are independently accessible for wheelchair users, with the exception of the basement, which can be reached via a freight elevator (280 x 400 cm) operated by a trained superintendent.

Bathrooms:
There are containers with regular barrier-free bathrooms in front of the Hübner-Areal.

Parking:
You can find a detailed map of the city of Kassel here (in German language). Selection in the topic layer “Themen-Layer”: Verkehr & Mobilität + Behindertenparkplätze

Walks and Stories on site