reinaart vanhoe lives, works, and teaches in Rotterdam, where he runs the space ook_. Born in the small village of Beveren-Leie, he grew his hair long. In this way he gave supporters of rival soccer teams an opportunity to yell “there is a girl on the pitch.”

Once he touched ground at Rotterdam he played for a Turkish club. He could bring his new Indonesian friends from ruangrupa (2000) to the club to greet the Dutch-Indonesian coach. Meanwhile he studied audio-visual design in Gent and Tilburg, and joined the Rijksakademie, Amsterdam, in 1999.
His latest concern is with the concept of neighboring, or how to speak together and build together. This practice and previous activities took place through education, exhibitions, collaborations, books, and videos. In 2016 he published the book Also-Space: From Hot to Something Else, which looks to an understanding of art for a citizen-scene through some Indonesian art practices.
vanhoe has been working with ruangrupa for more than 20 years in different projects, such as ruru huis Sonsbeek in Arnhem (2016). His involvement relates to the method of scoring and documenting in order to render collaborative processes into tools replicable for others to take away. He has been teaching at the Willem de Kooning Academie, Rotterdam, since 2002. 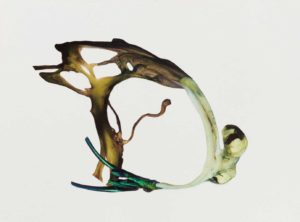