The KIRI Project / one hundred trees is one of documenta fifteen’s partner projects and involves a cooperation with BDA Gruppe Kassel (Association of German Architects).

At documenta fifteen, 100 Kiri tree saplings are given away to visitors. 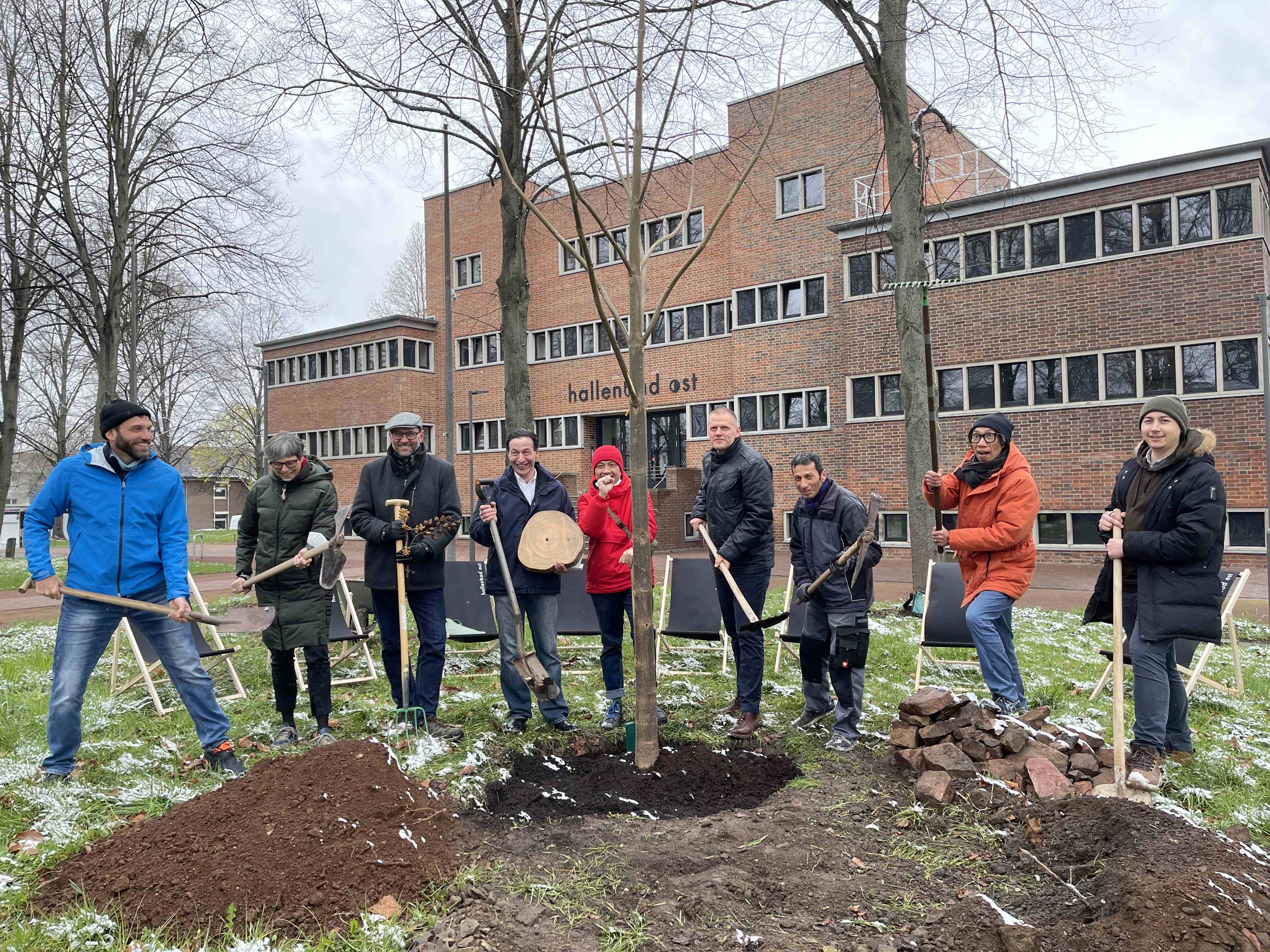 The Kiri or paulownia tree is considered the fastest growing tree in the world. Under favorable conditions it is able to grow over five meters in one year and thus produce as much wood by volume as an oak. In so doing the Kiri tree absorbs a particularly high level of carbon dioxide.

The project aims to use CO2-saving building materials, combat climate-related overheating of cities, and ultimately strengthen the attention for the eastern part of Kassel.

Overall, the project is one in three parts: a catwalk, a pavilion, and the 100 trees. The catwalk is a walkway made of Kiri wood leading from Wilhelmshöher Allee to Hallenbad Ost – symbolizing the desire for better transport links to eastern parts of the city of Kassel and the stronger focus on Kassel’s eastern districts as a result of documenta fifteen. Furthermore, in front of Hallenbad Ost a pavilion made of Kiri wood serves as a Reflecting Point. The Reflecting Points invite passers-by to rest and leisure. A total of five Reflecting Points are planned to be spread across the Kassel cityscape. The architects and planners John Kosmalla, Thomas Meyer, Marc Köhler, and José Vilches Maraboli from BDA Gruppe Kassel are responsible for designing the first Reflecting Point at Hallenbad Ost.

For documenta fifteen, the BDA gives away 100 saplings of the blue flowering Kiri tree to visitors. Applications with details of the potential location can be sent by e-mail to: office@km-architekten.de.

The aim is for the urban greening initiative to continue to grow beyond Kassel—and to be spread throughout the world by documenta fifteen visitors.

WeGrow, a company specializing in Kiri trees, is providing the saplings. 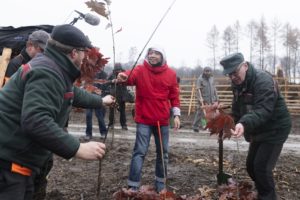 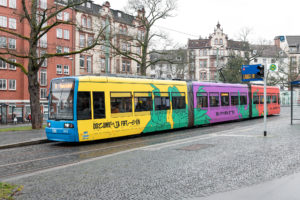 The vertical farm in Waldau, Kassel.