In addition to the venues already announced, documenta fifteen will also use the premises of Werner-Hilpert-Strasse 22 (WH22) in 2022.

Like Hallenbad Ost, HÜBNER areal and ruruHaus in the former Sportkaufhaus, WH22 is another venue in Kassel that will be used for the first time within a documenta and will be brought back into the focus of the city’s perception with the traces of its previous history left visible. 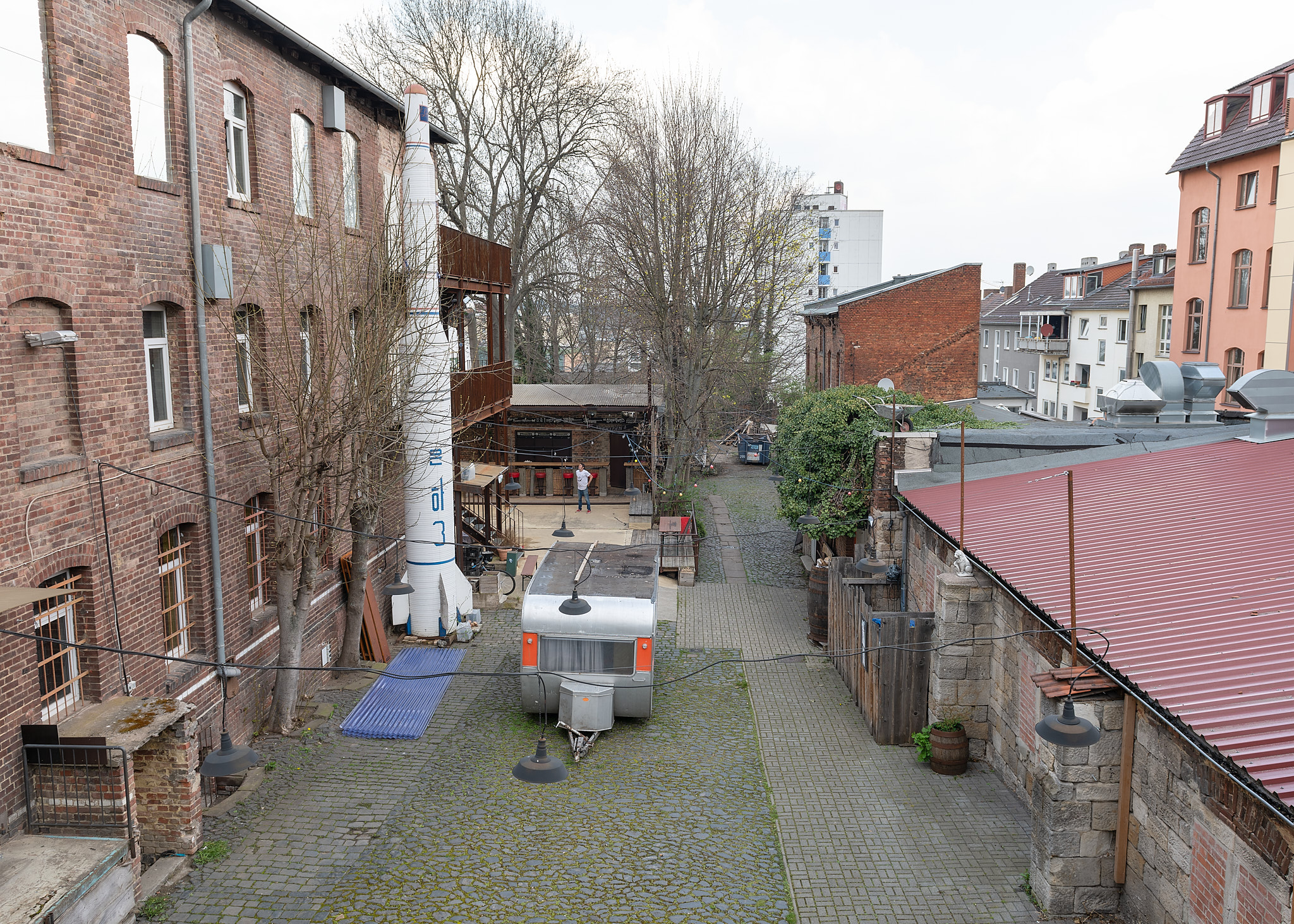 Originally built in the 19th century as the headquarters of the Gundelach wine store, WH22 was long a fixture in Kassel’s subculture and nightlife. With 2,500 m2 of indoor and outdoor space, it housed clubs and bars on five floors known beyond Kassel’s borders, such as A.R.M., große Weinkirche and kleine Weinkirche, Wiese, and Lolita Bar. In 2018, most of WH22’s establishments had to close due to a financial imbalance caused by reconstruction works. Only Lolita Bar and its beer garden were able to maintain operations, albeit limited by the pandemic. The area was acquired by Mietstück GmbH in 2018 with the aim of completing the reconstructions, preserving WH22 as a cultural location, and forestalling other real estate traders with diverted use interests.

The documenta fifteen team would be very pleased if its commitment could contribute to making WH22 accessible and activating it as a place for diverse artistic creation in the long term as well.

The venues already announced for documenta fifteen are:

documenta fifteen will take place in Kassel from June 18 to September 25, 2022. Further venues are yet to be announced.