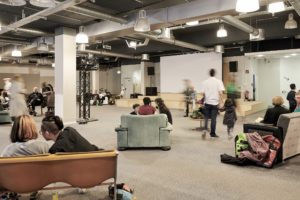 On the occasion of KW 35 – Kassel Week of Museums from September 2 to 5, 2021, ruruHaus opens its doors and becomes a platform for local initiatives, collectives, scientists and artists. The venue will come to life through various events, including lectures, talks, music and radio broadcasts. During the four days, everybody is warmly invited to participate and jointly fill the “living room” of documenta fifteen with exciting encounters. The former department store offers space for lively exchange and serves as an experimental field for collaborations.

3–10 pm
ruruHaus: Open Haus with a diverse program of talks and screenings such as various short films on the artist Joseph Beuys presented by the documenta forum throughout the day.

Blind Spots in the Sun hosts a panel discussion on colonial history and anti-black racism in Germany with the following participants:

Mo Asumang is a film director, television presenter, best-selling author, actress, singer, artist and film producer. She shows her documentaries in schools and gives lectures on racism and xenophobia. In 2019, she received the Order of Merit of the Federal Republic of Germany for her work.

Princess Marilyn Duala Manga Bell is an economist and curator. She is the great-granddaughter of Rudolf Duala Manga Bell and co-founder of the art space doual’art in Duala, Cameroon. For her services to international cultural exchange, she will receive the official 2021 Medal of Honor of the Federal Republic of Germany from the Goethe-Institute.

Henrik Langsdorf works in the fields of public art, video installation and design. His video installation Ville Fantôme/Kinshasa La Belle was shown at the Congo Biennale in Kinshasa and at LICHTinstallationen auf den Weinbergterrassen at the Weinberg in Kassel. He is the initiator of Blind Spots in the Sun.

Emilene Wopana Mudimu is a social pedagogue, educator, moderator and spoken word artist from Aachen. As a political activist, she works with Black people and PoC on empowerment and lectures on anti-racism training and creative writing. She has worked for the Konrad-Adenauer-Stiftung, DGB, and Theater Oberhausen. Furthermore, she runs “KingzCorner” in Aachen, a socio-cultural center that provides support for young people with migration background.

Host:
Anne Chebu works as a journalist and television presenter for ARD, BR, NDR, SWR, and HR, among others. In 2014, her book Anleitung zum Schwarz sein (How to be Black) was published, in which she combines practical advice for everyday life with an overview of Afro-German history.

The non-profit community radio Radio Rasclat shows a film from their portfolio. 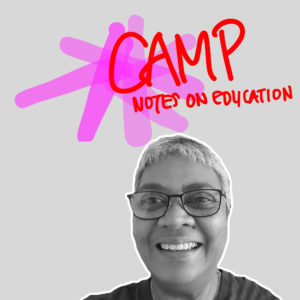 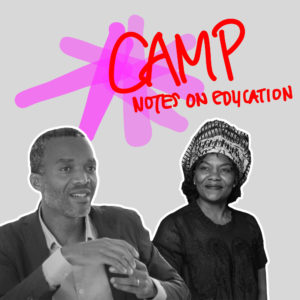